EGR Crew is a competitive, varsity sport at East Grand Rapids High School. The team has two racing seasons per school year — one in the fall (which consists of longer-length races) and one in the spring (the more robust season, with races that are shorter in length). There is also a considerable amount of training off season as well.

Practices happen every Monday through Friday, including time on Reeds Lake and conditioning work in the gym. Regattas are typically on the weekends on rivers and lakes through Michigan.

Students do not need prior rowing experience to try out for EGR Crew, nor do they have to be freshman to start. Each year, new rowers learn the sport as “novices” and compete against novices on other teams. After a novice year, rowers move up to JV and Varsity and compete accordingly.

The Sport of Rowing

Make no mistake: rowing is a sport. It might look a bit “clubby” from the shore, but rowing requires intense physical and mental training. There’s a reason that ESPN has ranked high school crew as one of the toughest high school sports.

But rowing is also spirited and inclusive. There are no star shooters in high school crew. Success depends on everyone rowing in perfect synchronicity–it’s truly a team effort. Members support and rally for one another in the water and on the docks. The team’s every win depends on it. 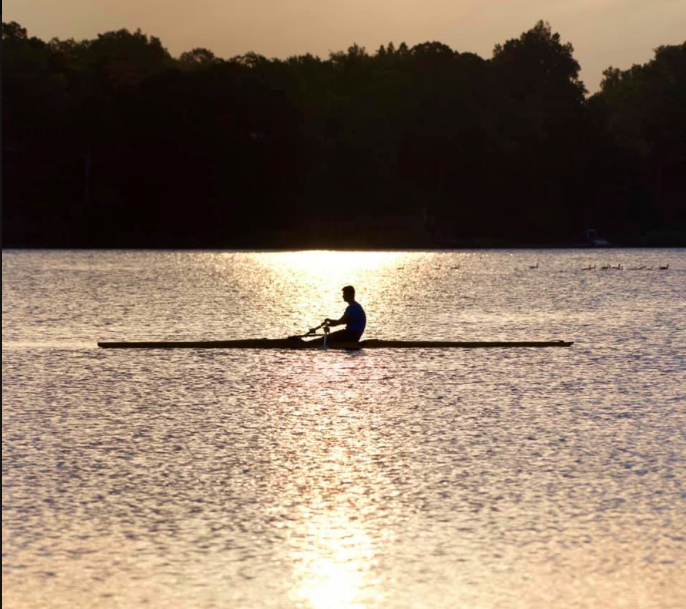 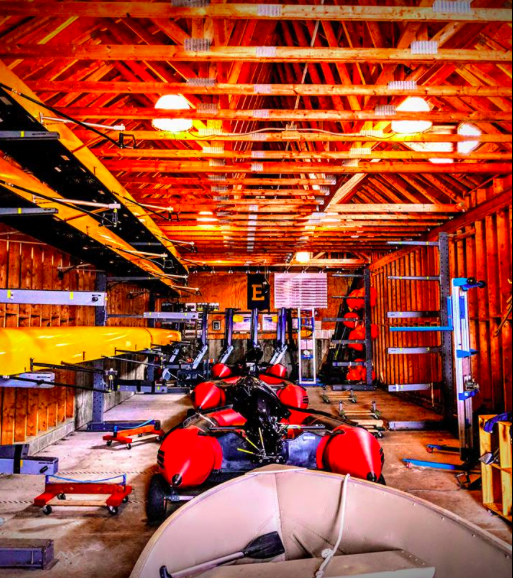